What are we about?

In short, to help each other progress in music and have fun.

As a mentoring band we're here to support each other in our journey of being a musician.

A Place to Call Home

We pride ourselves on being friendly people with a passion for music, everyone is welcome!

We don't just play marches and hymns, we have a wide range of music.

We're based in the Moat Bowling Pavilion, Dundonald beside the Moat Football Pitches which is around 6 miles from Belfast City Centre.

How can I join?

We rehearse from 19:30-21:30 every Tuesday.
Please contact us beforehand to let us know if you're coming for us to
share more information and for track and trace.

Each year we take part in many events including festivals, fetes, concerts, carol services and charity fundraisers.

We aim to showcase the musical talent we have in our band while enjoying ourselves playing the music we find enjoyable, yet challenging.

Paul started his musical career at age 7 in Wellington Memorial Band learners class, taken by his father. Despite having to give up for a year due to losing his baby teeth(!), by age 11 he was Principal Cornet. Between the ages of 13 and 18, Paul played Principal Trumpet in City of Belfast Youth Orchestra.

After gaining a BA Hons. in Music and PCGE, Paul taught trumpet at City of Belfast School of Music and for NEELB, as well as playing full time as a musician in theatres, brass and wind bands while holding the position of Musical Director for Downshire Brass.

In 2008 Paul moved to the Isle of Man as a peripatetic music teacher, becoming Head of Brass and Percussion and, latterly, Deputy Head of Music, tutoring the Senior Wind Band for performances both locally and on tour to countries including Belgium and the USA. During this time, Paul continued to regularly play in theatre productions for well-known West End shows like Les Misérables and Miss Saigon.

Following his return to Northern Ireland in 2019, Paul took up the position of Musical Director for Harmonic Sounds Concert Band. He continues to play in ensemble groups as time allows. 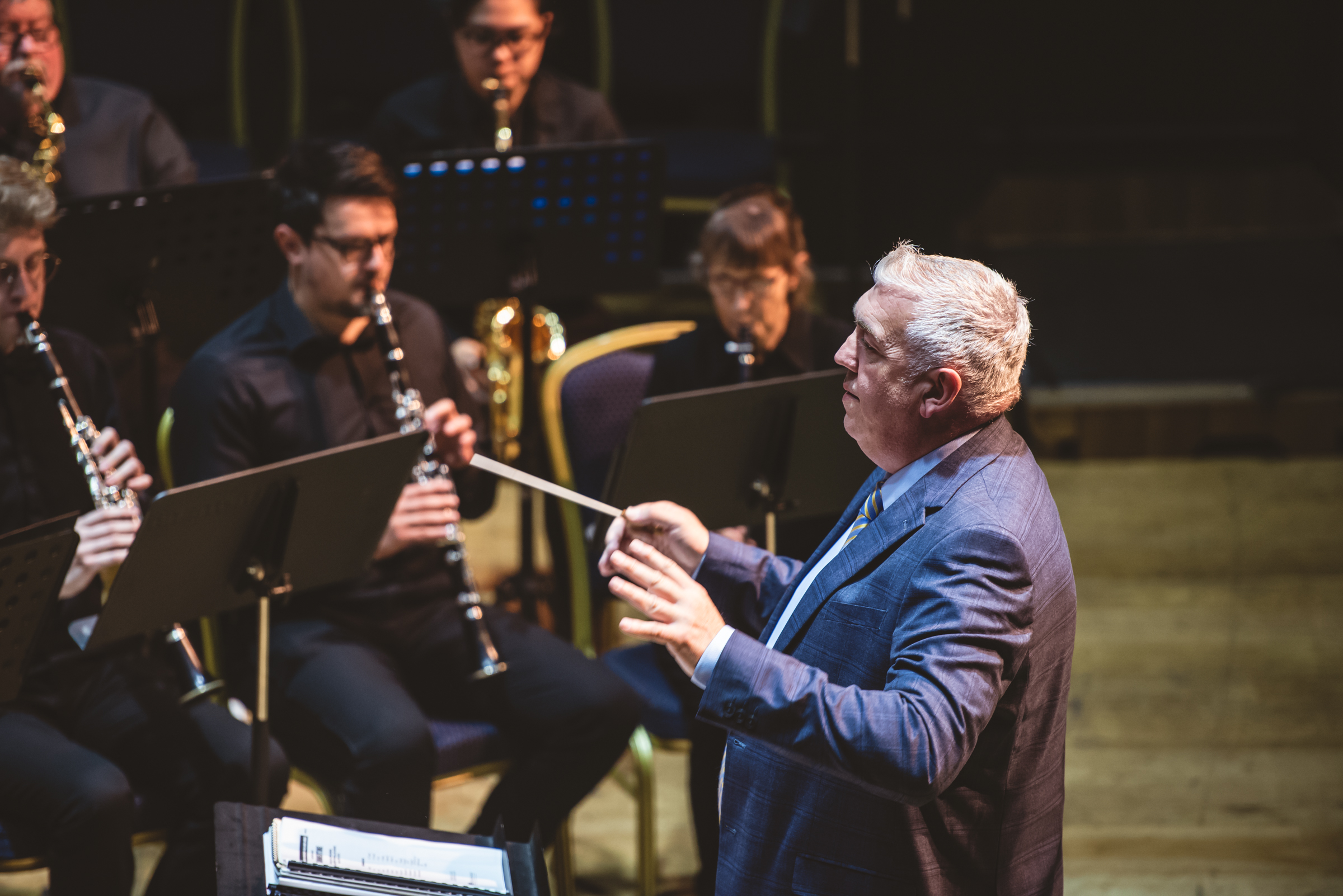 Send us a message below or, if you'd prefer, you can contact us on social media.